Where the river Isel and Drau meet, lies the sunny city of Lienz – the economic, cultural and social centre of East Tirol. With over 2,000 hours of sun per year this city in the dolomites is the sunniest place in Austria. A Mediterranean flair is apparent throughout the city, even the odd palm tree can be found in the old town. The Lienzer bowl developed from ice pushing out of the Isel and Drau valleys during the last ice age.

The capital city of East Tirol is also known as the pearl of the dolomites and is a real natural treasure. The small city is surrounded by the East Tirolean mountains: emerald green forests and turquoise water melt into a natural landscape of their own kind. Lienz is situated on the border of the central alps to the southern Calcareous alps. Hochstein and Schlossberg and foothills of the Villgratner range. The Lienzer dolomites stretch to the south of the Drau.

Formerly a residence of Counts, Bruck Castle now has guests strolling through the display rooms: The museum of Lienz houses a comprehensive collection of work from the East Tirolean artist Albin Egger-Lienz. Yearly themed exhibitions display the history of the region along with a variety of cultural events. A family friendly themed walk through the castle grounds gives an informative insight into the history.

The old town and Lieb castle

Another landmark of the East Tirolean capital city can be found in the main square: Lieb castle was originally a residential castle for the noble. During the 20th century the building was used as a town hall and council offices. The castle with its onion domes paints a picturesque backdrop for the town: A collection of boutiques, craft shops, cafés and bars can be found in the old town of Lienz to while away the hours.

On Friday afternoon and Saturday morning rows of market stalls can be found in the Messinggasse, an old handcraft street: Regional producers offer their East Tirolean specialities and delicacies.

Lienz is an absolute paradise for winter sports fans with 350 kilometres of perfectly prepared slopes, 400 kilometres of cross country skiing tracks, endless winter walking paths and ski routes, natural toboggan run and much more. The ski areas of Zettersfeld and Hochstein are both suitable for families and linked with a free shuttle bus. The women’s FIS ski world cup race takes place every two years in Lienz.

The cable car Schlossberg is situated within easy reach of the Hotel & Guesthouse Gribelehof. The cable car carries you up to the largest climbing park in Tirol at around 1.000 metres above sea level. The summer toboggan run “Osttirodler” is directly alongside: The 2.7 kilometre long winding track is the longest year round toboggan run in Austria. At a speed of around 40 kilometres per hour it is a quick descent to the valley.

The Hohe Tauern national park is with its 1.856m² the largest national park in middle Europe. This untouched area of nature is home to over 15.000 different species. This fascinating wildness stretches from the valleys to the mountain peaks and can be explored using endless walking routes. The park is open around the clock and is free of charge. 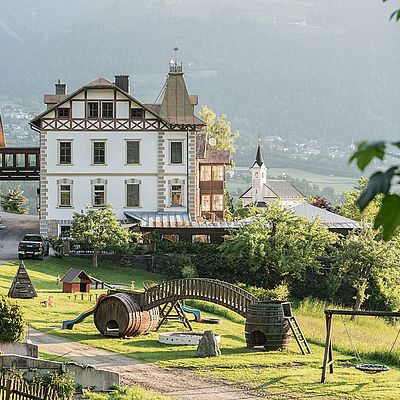 Moments to enjoy in Gribelehof
Five good reasons
Comfortable rooms and suites
Hotel with charm and character
Our 18 rooms, suites and holiday apartments are situated within a historical building. Not only is the architecture of the house unique, but also the atmosphere: The turn of the century villa was once a summer residence for the rich and beautiful of the country. Today it is rich in history and wonderful stories. The whole house has been carefully and lovingly restored and renovated.
read more 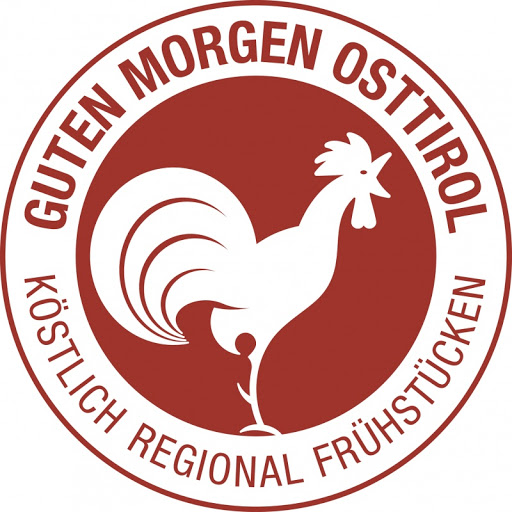 Give joy as a gift!
Holiday vouchers
order here

This website uses cookies. Those have two functions: On the one hand they are providing basic functionality for this website. On the other hand they allow us to improve our content for you by saving and analyzing anonymized user data. You can redraw your consent to using these cookies at any time. Find more information regarding cookies on our Data Protection Declaration and regarding us on the Imprint.